Written by Bruce and Dina Miller in cupcakes, Desserts
SHARE
Jump to Recipe

This fall season we are brand ambassadors for Tennessee Valley Pecan Company. We are so excited to bring you many recipes using their classic baking pecans.

The day after the pecans arrived, we had a day off, and Bruce decided to do one of the things he does best: Make cupcakes!

And if you love these, you will want to go check out a few other nutty treats like: Spicy Roasted Pecan Waffles 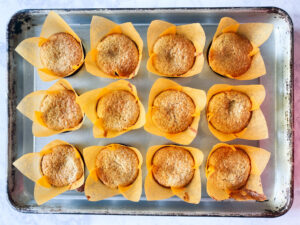 #AD Our partnership with @SONICdrivin continues as