Sourdough cinnamon rolls are something that is simply put, out of this world. The first time Bruce made them for our family was a few years ago on a Christmas morning. Not only did he make the dough the night before, but he got up early to bake the rolls!  We all woke up to the heavenly smell of  cinnamon rolls. Better than the gifts we opened that morning!

Moreover, Bruce has continued to make a few adjustments to his recipe, including adding more filling to these giant fluffy rolls of goodness! And we all know that a smear of cream cheese frosting on the top of a warm sourdough cinnamon roll is absolute perfection!

Generally speaking, we make a batch and a half, or a double batch. In either case, we always end up making an extra pan of these pillows of goodness! Obviously our neighbors don’t seem to be mad about getting a pan of these heavenly scented warm buns!

Clearly if  you are a sourdough bread baker, y’all just gotta add these cinnamon rolls to your next weekend bake! 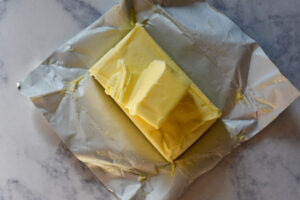 To make the rolls: 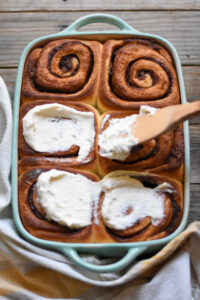 Can add chopped pecans or raisins to the filling mixture, if desired.

Feels like Summer. 🍑⁠ ⁠ We ate our first Pe

Dreaming of a beach vacation that involves mango m

We Tuesday’d without tacos. And we weren’t mad